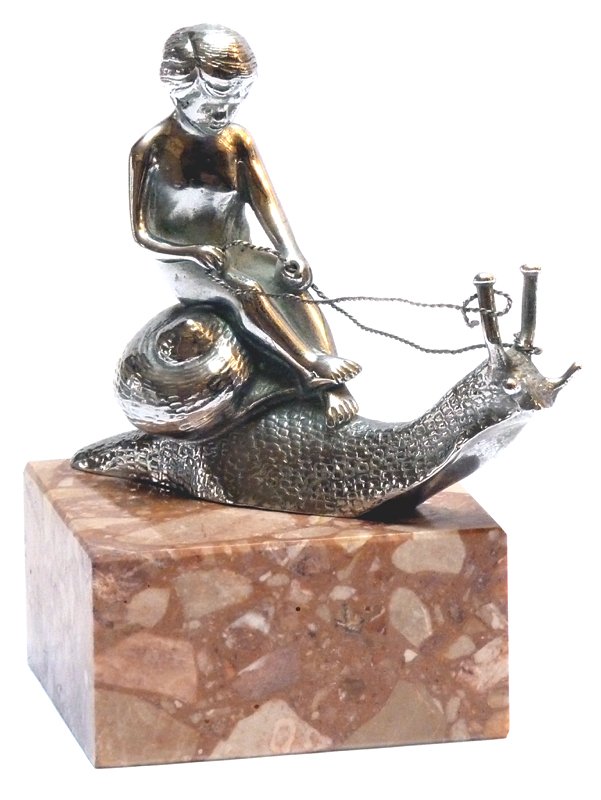 The marble stand is not included in the sale, but the original fixing screw and washer are.

AEL was a husband and wife partnership. After Emil's death in 1933 it became Louis Lejeune (son of Augustine and Emil).

Augustine and Emil Lejeune, a French couple who came to UK to set up business in 1904 made their own Mascots, but were also commissioned by companies such as Rolls Royce and Alvis.

My guess is that this mascot was made to order for a sports car. Whilst other racing cars would have been equipped with mascots depicting speeding and flying, this owner was poking fun at them with his child riding a snail.

The marble stand is not included in the sale, I have just used it to present the mascot.

All appears original to me, even the reins. Good condition. Marble base not included . See photos