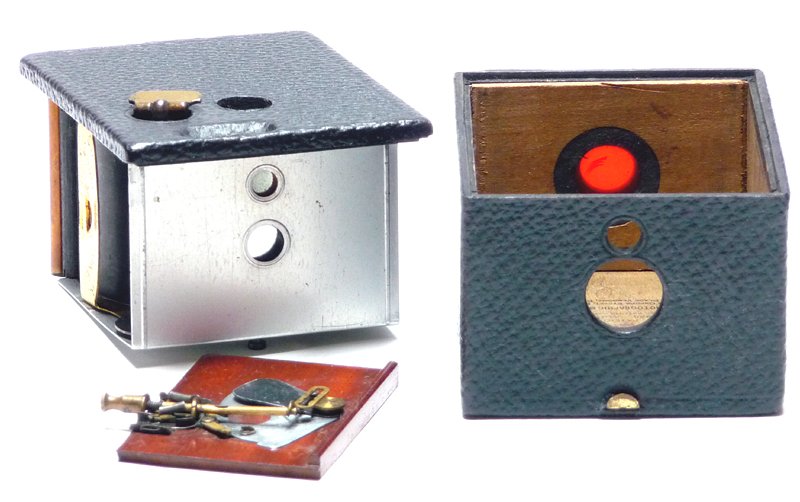 One of the more interesting versions of the Pocket Kodak.

This one has a round viewfinder and removable panel that holds the shutter and a removable panel  with the red window in the rear of the camera, though I don't see what purpose it serves.

There is some damage inside the camera but it displays well and it works somewhat erratically.

Often mis-described as the rare 'brown' or 'red' model, I think that these were originally black, and with age the leather has gone a bit brown. There is a red version which is quite distinct from this one.